At the second day of the Nijmegen Samba Festival several percussion groups perform in the sun at different locations all near the Valkof Park in the city centre of Nijmegen. You want to dance to some stunning samba rhythms? You want to chill with relaxed samba reggae? Get yourself to Nijmegen! Sunday September 4th is Play Out Loud Sunday!

The first percussion groups will start at 12.00 and the rhythms will become silence after 17.00. Play Out Loud Sunday will be held at the Valkhof Park, collaborating with the Zeldzaam Mooi Markt.

Groups that will perform are:

We are a "Best of" out of 6 samba groups from the Cologne region, all trained by Thomas Sukiennek. For international events we are using the "brand" Alegria Colonia.

Bloco033 has been the samba band of Amersfoort and the surrounding area for years. We are happy to take you into our love for Brazilian percussion. With about 25 enthusiastic people we play traditional samba enredo's, exciting bateria shows from Rio de Janeiro and swinging samba reggae's from Salvador Da Bahia. Bloco033 guarantees a dazzling performance, where no one can stand still!

Força is a percussion band from Nijmegen that entertains the audience with a varied repertoire of the cheerful sounds of Brazilian samba music.

Hello, we are an enthusiastic, sometimes a bit crazy, percussion group of about 17 members from Tilburg, who regularly plays at festivals and events, with a lot of fun. We like to conjure up a smile, and sometimes even a dance, for people who find it difficult to stand still because of our cheerful samba music.

Oladom is based in Utrecht and exists already 25 years. We play various rythms of Brazil, including Samba, Samba Reggea, Baiao and Timbalada. We have given performances at different sambafestivals including Coburg, Bremen and in the past also Nijmegen.

Outra Vez! was founded in 2002 in Nijmegen, on the border of Gelderland, Limburg and Brabant. A mix of fun, cheerfulness, energy and enthusiasm gives our band a unique sound and unique performance. The band's name means 'one more time' in Portuguese, and that's what we want, one more time to make our music heard! Samba is Afro-Brazilian percussion music; an infectious combination of African rhythms and Brazilian temperament. Fun in music is central to Outra Vez! This is clearly visible during our energetic performances. The band's enthusiasm, combined with the super swinging music, gets even the stiffest boards moving.

Download the progam as a PDF-file. This is a concept, so changes may occur. 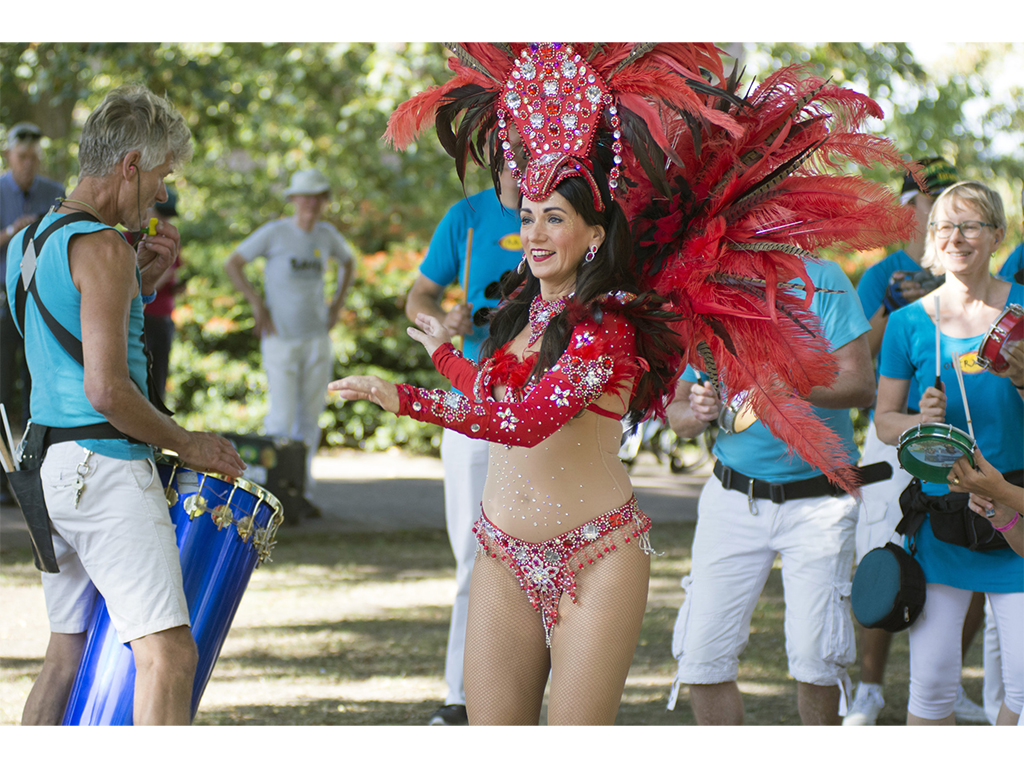